Washington and the Hope of Peace (The original unabridged edition) 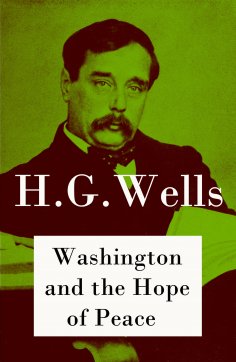 This carefully crafted ebook: "Washington and the Hope of Peace (The original unabridged edition)" is formatted for your eReader with a functional and detailed table of contents. It was already obvious in 1921, when H. G. Wells gathered in one volume his essays for the New York World, the Chicago Tribune, and other American and European newspapers written in reaction to what he saw and heard at the Washington Conference to organize the peace. Though known, along with Jules Verne, as one of the 19th-century fathers of science fiction, here Wells explores more down-to-earth issues, from the "problem" of Russia and Japan-and how little could hope to be accomplished at this conference without their participation-to the "economic decadence" of the world and how to arrest it. Wells' intriguing foresight shines through, making this a fascinating document of the international disaster of the World Wars. Herbert George "H. G." Wells (1866 – 1946) was an English writer, now best known for his work in the science fiction genre. He was also a prolific writer in many other genres, including contemporary novels, history, politics and social commentary, even writing textbooks and rules for war games.