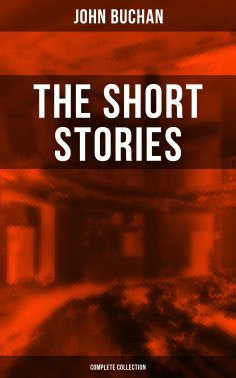 This carefully edited collection of short stories has been designed and formatted to the highest digital standards and adjusted for readability on all devices. Table of Contents: Grey Weather The Ballad for Grey Weather Prester John At the Article of Death Politics and the May-Fly A Reputation A Journey of Little Profit At the Rising of the Waters The Earlier Affection The Black Fishers Summer Weather The Oasis in the Snow The Herd of Standlan Streams of Water in the South The Moor-Song Comedy in the Full Moon The Moon Endureth: The Company of the Marjolaine A Lucid Interval The Lemnian Space Streams of Water In The South The Grove of Ashtaroth The Riding of Ninemileburn The Kings of Orion The Rime of True Thomas The Runagates Club The Green Wildebeest Human Quarry, or The Frying-Pan and the Fire Dr. Lartius The Wind in The Portico "Divus" Johnston The Loathly Opposite Sing a Song of Sixpence Ship to Tarshish Skule Skerry "Tendebant Manus" The Last Crusade Fullcircle Miscellaneous The Far Islands Fountainblue The Last Crusade The Wife of Flanders The King of Ypres The Keeper of Cademuir No-Man's-Land Basilissa The Strange Adventure of Mr. Andrew Hawthorn John Buchan (1875-1940) was a Scottish novelist and historian and also served as Canada's Governor General. His 100 works include nearly thirty novels, seven collections of short stories and biographies. But, the most famous of his books were the adventure and spy thrillers, most notably The Thirty-Nine Steps, and it is for these that he is now best remembered.