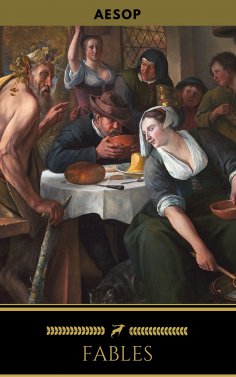 Meet a jealous donkey, a tortoise who wants to fly, a very special goose and many other animals in this collection of tales, retold especially for children. Aesop's fables are the perfect way to learn important lessons about life through the adventures of some unforgettable animal friends.

For centuries, children and adults have treasured the stories handed down by Aesop, a slave who lived in ancient Greece approximately six centuries B.C. Known for their charm and simplicity, these simple tales feature brief adventures of animals, birds, and beasts — with a message hidden in each narrative. With infamous vignettes, such as the race between the hare and the tortoise, the vain jackdaw, and the wolf in sheep's clothing, the themes of the fables remain as fresh today as when they were first told and give an insight into the Ancient Greek world.