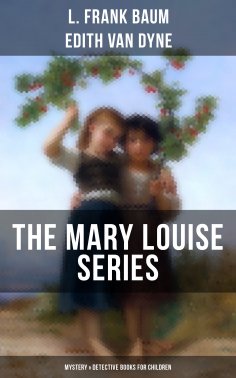 The Mary Louise Series is a collection of four novels concerned with adolescent girl detectives written under the pseudonym Edith Van Dyne. The series began with Mary Louise, originally written as a tribute to Baum's favorite sister, Mary Louise Baum Brewster. She is a fifteen-year-old girl with unusual maturity (though the other girls in her boarding school find her somewhat priggish). She is suddenly confronted with the fact that her beloved grandfather is suspected of no less a crime than treason against the United States… The second book, Mary Louise in the Country, involves the struggle for Irish independence from Britain. Mary Louise and the Liberty Girls is concerned with the strong anti-German sentiments in the United States during World War I. L. Frank Baum (1856-1919) was an American author chiefly known for his children's books. Table of Contents: Mary Louise Mary Louise in the Country Mary Louise Solves a Mystery Mary Louise and the Liberty Girls