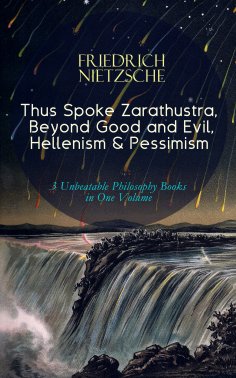 "Thus Spake Zarathustra: A Book for All and None" chronicles the fictitious travels and speeches of Zarathustra, the founder of Zoroastrianism. Zarathustra contains the famous dictum "God is dead" and the concept of the "Übermensch" (overman or superman).
In "Beyond Good and Evil" Nietzsche accuses past philosophers of lacking critical sense and blindly accepting dogmatic premises in their consideration of morality. The work moves into the realm "beyond good and evil" in the sense of leaving behind the traditional morality which Nietzsche subjects to a destructive critique in favour of what he regards as an affirmative approach.
"The Birth of Tragedy or, Hellenism and Pessimism" is a work of dramatic theory which discusses the history of the tragic form and introduces an intellectual dichotomy between the Dionysian and the Apollonian. Nietzsche believed that in classical Athenian tragedy an art form that transcended the pessimism and nihilism of a fundamentally meaningless world.
Friedrich Nietzsche (1844–1900) was a German philosopher, cultural critic, poet, philologist, and Latin and Greek scholar whose work has exerted a profound influence on Western philosophy and modern intellectual history. Because of Nietzsche's evocative style and provocative ideas, his philosophy generates passionate reactions. His works remain controversial, due to varying interpretations and misinterpretations of his work. In the Western philosophy tradition, Nietzsche's writings have been described as the unique case of free revolutionary thought, that is, revolutionary in its structure and problems, although not tied to any revolutionary project