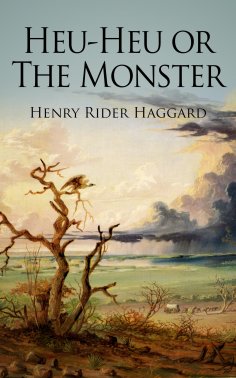 Another adventure story of Allan Quatermain in the former undiscovered Africa.

At the end of the 19th century African hunter Allan Quatermain and his clever and brave helpmate Hans are set on a mission by the wizard Zikali, as already mentioned in other adventures with Allan Quatermain. The two companions are set out to bring some of the leaves of the Tree of Illusions. This special tree only grows in the garden of priests of a mythic moribund people who worship a semi-gorilla-like god by sacrificing humans to him. By the attempt to fulfill their mission they step into the mystery of this ape-like god: Heu Heu, a twelve-foot-tall gigantic semi-gorilla-monster, red-bearded with claws at hands and feet.

Henry Rider Haggard (1856-1926) was one of the most significant writers of classical adventure novels. He is known as the founder of the Lost World literary genre. His tales are situated in the lighter end of Victorian literature and are often settled in the former undiscovered Africa. First Haggard worked as a secretary for the governor in Natal, South-Africa. During his later career, when he worked as a clerk, Haggard was involved into the conflicts between the Boers and the natives. He was not only interested in the country’s problems but also in the cultures of the Zulus which he describes in his classical novels of imaginative literature.

Henry Rider Haggard wrote “Heu Heu or The Monster” two years before his death in may 1923. The novel was first published in the following year 1924. Even today his exciting novels continue to be popular and influential.