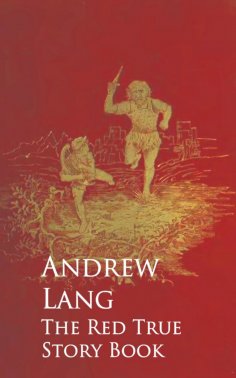 The Red True Story Book needs no long Introduction. The Editor, in presenting The Blue True Story Book, apologised for offering tales so much less thrilling and romantic than the legends of the Fairies, but he added that even real facts were, sometimes, curious and interesting. Next year he promises something quite as true as History, and quite as entertaining as Fairies!
For this book, Mr. Rider Haggard has kindly prepared a narrative of 'Wilson's Last Fight,' by aid of conversations with Mr. Burnham, the gallant American scout. But Mr. Haggard found, while writing his chapter, that Mr. Burnham had already told the story in an 'Interview' published by the Westminster Gazette. The courtesy of the proprietor of that journal, and of Mr. Burnham, has permitted Mr. Haggard to incorporate the already printed narrative with his own matter.

'The Life and Death of Joan the Maid' is by the Editor, who has used M. Quicherat's Procès (five volumes, published for the Historical Society of France), with M. Quicherat's other researches. He has also used M. Wallon's Biography, the works of Father Ayroles, S.J., the Jeanne d'Arc à Domremy of M. Siméon Luce, the works of M. Sepet, of Michelet, of Henri Martin, and, generally, all printed documents to which he has had access. Of unprinted contemporary matter perhaps none is known to exist, except the[viii] Venetian Correspondence, now being prepared for publication by Father Ayroles.

'How the Bass was held for King James' is by the Editor, mainly from Blackadder's Life.