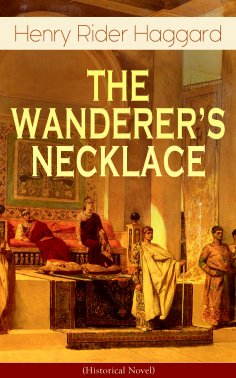 This carefully crafted ebook: "THE WANDERER'S NECKLACE (Historical Novel)" is formatted for your eReader with a functional and detailed table of contents.
Olaf, a Norseman in the eighth century A.D., flees his homeland after challenging the Norse god Odin's right to a human sacrifice, travels to Constantinople (Istanbul, Turkey) to protect the Empress Irene Augusta from her son Constantine the Fifth and other enemies of the Eastern Roman Empire. From Byzantinum, to the pyramid tombs of Upper Egypt, Olaf becomes a traveling Christian who must reject the adulterous advances of Irene. Blinded as punishment for rejecting the Empress, Olaf's adventures are woven within the intrigues of the Eastern Roman Empire.
Sir Henry Rider Haggard (1856-1925) was an English writer of adventure novels and dark fantasy stories set in exotic locations, predominantly Africa, and a pioneer of the Lost World literary genre.