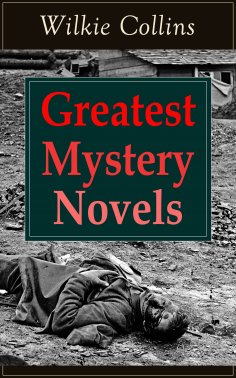 This carefully crafted ebook: "Greatest Mystery Novels of Wilkie Collins" is formatted for your eReader with a functional and detailed table of contents.
The Woman in White is considered to be among the first mystery novels and is widely regarded as one of the first (and finest) in the genre of "sensation novels". The story is sometimes considered an early example of detective fiction with the hero, Walter Hartright, employing many of the sleuthing techniques of later private detectives.
The Moonstone is an epistolary novel, generally considered the first detective novel in the English language. Besides creating many of the ground rules of the detective novel, The Moonstone also reflected Collins' enlightened social attitudes in his treatment of the servants in the novel.
Armadale is a mystery novel and has a convoluted plot about two distant cousins both named Allan Armadale. The father of one had murdered the father of the other (the two fathers are also named Allan Armadale). The story starts with a deathbed confession by the murderer in the form of a letter to be given to his baby son when he grows up.
No Name is a 19th-century novel revolving around the issue of illegitimacy.
Wilkie Collins (1824-1889) was an English novelist, playwright, and author of short stories. His best-known works are The Woman in White, No Name, Armadale, and The Moonstone.
Content:
The Woman in White
No Name
Armadale
The Moonstone
The Haunted Hotel: A Mystery of Modern Venice
The Law and The Lady
The Dead Secret
Miss or Mrs?