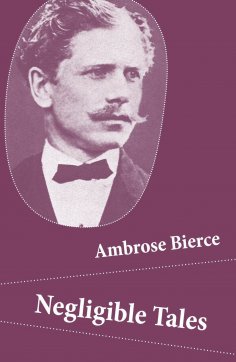 This carefully crafted ebook: "Negligible Tales (14 Unabridged Tales)" is formatted for your eReader with a functional and detailed table of contents. This ebook is a collection of rather morbid and grotesques tales by Ambrose Bierce. Ambrose Gwinnett Bierce (1842 – 1914?) was an American satirist, critic, poet, editor and journalist. Bierce became a prolific author of short stories often humorous and sometimes bitter or macabre. His dark, sardonic views and vehemence as a critic earned him the nickname, "Bitter Bierce". Content: A Bottomless Grave Jupiter Doke, Brigadier-General The Widower Turmore The city of the Gone Away The Major´sTale Curried Cow A Revolt of the Gods The Baptism of Dobsho The Race at Left Bower The Failure of Hope Wandel Perry Chumly´s Eclipse A Providential Intimation Mr. Swiddler´s Flip-Flap The Little Story