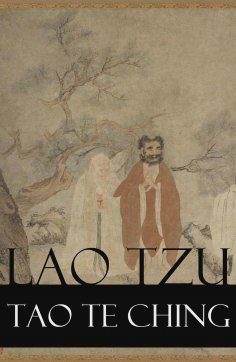 This carefully crafted ebook: "Tao Te Ching" is formatted for your eReader with a functional and detailed table of contents. These 81 poems comprise an Eastern classic, the mystical and moral teachings of which have profoundly influenced mankind. The Tao Te Ching is a spiritual, inspirational work that guides us through life, helping us to live within each moment and find the beauty that is all around each of us. Simple, beautiful, and life changing. The Tao Te Ching is fundamental to the Taoist school of Chinese philosophy (Dàojia), and strongly influenced other schools, such as Legalism and Neo-Confucianism. This ancient book is also central in Chinese Buddhism, which when first introduced into China. According to Chinese tradition, Lao Tzu (also known as Laozi) lived in the 6th century BCE. Historians variously contend that Lao Tzu is a synthesis of multiple historical figures, that he is a mythical figure, or that he actually lived in the 4th century BCE, concurrent with the Hundred Schools of Thought and Warring States Period. A central figure in Chinese culture, both nobility and common people claim Lao Tzu in their lineage. Throughout history, Lao Tzu's work has been embraced by various anti-authoritarian movements. Lao Tzu was a mystic philosopher of ancient China, and best known as the author of the Tao Te Ching. His association with the Tao Te Ching has led him to be traditionally considered the founder of Taoism (pronounced as "Daoism"). He is also revered as a deity in most religious forms of the Taoist religion, which often refers to Lao Tzu as Taishang Laojun, or "One of the Three Pure Ones". Lao Tzu translated literally from Chinese means "old master" or "old one", and is generally considered honorific.