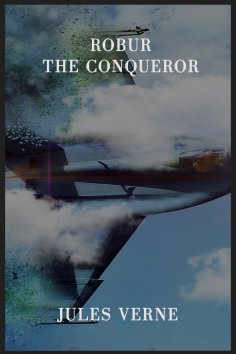 They laughed at his ideas of heavier-than-air flying machines. But he had the last laugh with the Albatross -- the most incredible flying machine ever built.

Lord of the skies, Robur became the would-be conqueror of the world!

A fascinating companion to 20,000 Leagues Under the Sea, Robur the Conqueror explores many of the same themes.