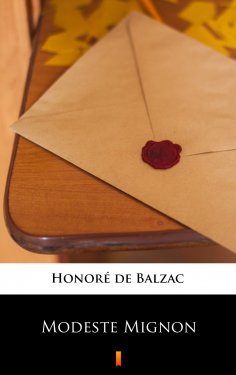 „Modeste Mignon”, by Honoré de Balzac (1846). The heroine of this romance, a young woman of romantic temperament Modeste Mignon, lives in a small city in northwestern France. She has the religious faith of a child, while her mind is exceptionally well informed in many ways. The young girl, daring in her simplicity, enjoys the writings of the famous Parisian poet Melchior de Canalis and imagines herself to be in love with him. However, he is not moved by her attentions. He invites his secretary Ernest de la Briere to „deal with the matter”. Ernest answers Modeste’s letters in his name and acts as her lover, disguised as Canalis. The scene changes dramatically when Ernest discovers that Modest is, in fact, a rich heiress. Would he be able to win her heart despite his lie? Many characters appear, and there are fresh and dewy pictures of rural France.