Tales of Terror and Mystery 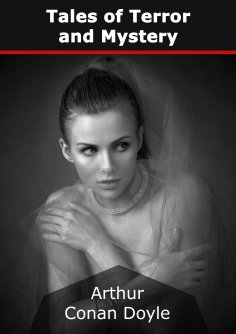 This volume presents some of Conan Doyle s unduly neglected masterworks. Each begins in a quietly factual way, making all the more dramatic the crescendo of fear and puzzlement that ensues as each new circumstance is revealed. Even without his supremely logical brain child, Sherlock Holmes, Conan Doyle shows that his tales are unbeatable for thrills and excitement.

Contents:
Tales of terror:
The horror of the heights
The leather funnel
The new catacomb
The case of Lady Sannox
The terror of Blue John Gap
The Brazilian cat

Tales of mystery:
The lost special
The beetle-hunter
The man with the watches
The japanned box
The black doctor
The Jew's breastplate
The nightmare room.

Sir Arthur Ignatius Conan Doyle (22 May 1859 - 7 July 1930) was a British writer best known for his detective fiction featuring the character Sherlock Holmes. Originally a physician, in 1887 he published A Study in Scarlet, the first of four novels about Holmes and Dr. Watson. In addition, Doyle wrote over fifty short stories featuring the famous detective. The Sherlock Holmes stories are generally considered milestones in the field of crime fiction.

Doyle was a prolific writer; his non-Sherlockian works include fantasy and science fiction stories about Professor Challenger and humorous stories about the Napoleonic soldier Brigadier Gerard, as well as plays, romances, poetry, non-fiction and historical novels. One of Doyle's early short stories, "J. Habakuk Jephson's Statement", helped to popularise the mystery of the Mary Celeste.