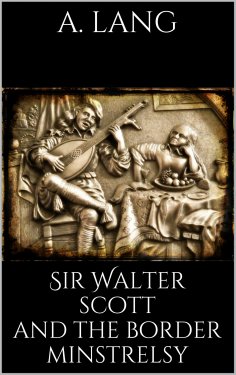 Persons not much interested in, or cognisant of, "antiquarian old womanries," as Sir Walter called them, may ask "what all the pother is about," in this little tractate. On my side it is "about" the veracity of Sir Walter Scott. He has been suspected of helping to compose, and of issuing as a genuine antique, a ballad, Auld Maitland. He also wrote about the ballad, as a thing obtained from recitation, to two friends and fellow-antiquaries. If to Scott?s knowledge it was a modern imitation, Sir Walter deliberately lied.
He did not: he did obtain the whole ballad from Hogg, who got it from recitation-as I believe, and try to prove, and as Scott certainly believed. The facts in the case exist in published works, and in manuscript letters of Ritson to Scott, and Hogg to Scott, and in the original copy of the song, with a note by Hogg to Laidlaw. If we are interested in the truth about the matter, we ought at least to read the very accessible material before bringing charges against the Sheriff and the Shepherd of Ettrick.