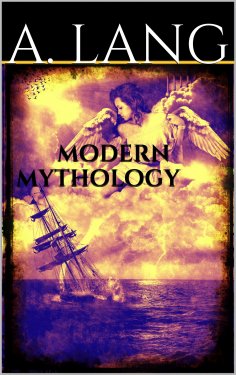 The archaeologist studies human life in its material remains; he tracks progress (and occasional degeneration) from the rudely chipped flints in the ancient gravel beds, to the polished stone weapon, and thence to the ages of bronze and iron. He is guided by material "survivals"-ancient arms, implements, and ornaments. The student of Institutions has a similar method. He finds his relics of the uncivilised past in agricultural usages, in archaic methods of allotment of land, in odd marriage customs, things rudimentary-fossil relics, as it were, of an early social and political condition. The archaeologist and the student of Institutions compare these relics, material or customary, with the weapons, pottery, implements, or again with the habitual law and usage of existing savage or barbaric races, and demonstrate that our weapons and tools, and our laws and manners, have been slowly evolved out of lower conditions, even out of savage conditions.
The anthropological method in mythology is the same. In civilised religion and myth we find rudimentary survivals, fossils of rite and creed, ideas absolutely incongruous with the environing morality, philosophy, and science of Greece and India. Parallels to these things, so out of keeping with civilisation, we recognise in the creeds and rites of the lower races, even of cannibals; but there the creeds and rites are not incongruous with their environment of knowledge and culture. There they are as natural and inevitable as the flint-headed spear or marriage by capture. We argue, therefore, that religions and mythical faiths and rituals which, among Greeks and Indians, are inexplicably incongruous have lived on from an age in which they were natural and inevitable, an age of savagery.