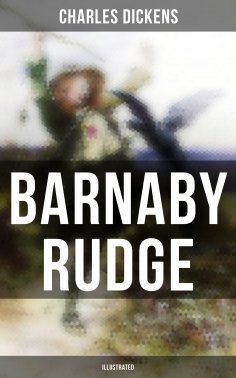 This eBook has been formatted to the highest digital standards and adjusted for readability on all devices.
Barnaby Rudge is a story of a forbidden love in the time of great London riots in 1780. Both Edward's father, John Chester, and Emma's uncle, the Catholic Geoffrey Haredale – these two are sworn enemies – oppose their union after Sir John untruthfully convinces Geoffrey that Edward's intentions are dishonourable. Sir John intends to marry Edward to a woman with a rich inheritance, to support John's expensive lifestyle and to pay off his debtors. Edward quarrels with his father and leaves home for the West Indies.