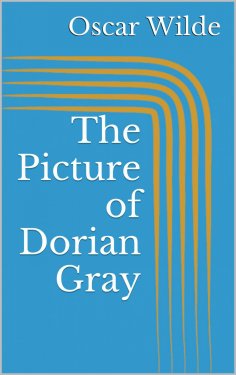 "The Picture of Dorian Gray" (1891), by Oscar Wilde, was first published as a serial story in the July 1890 issue of "Lippincott's Monthly Magazine". As submitted by Wilde to the magazine, the editors feared the story was indecent, and deleted five hundred words before publication — without Wilde's knowledge. Despite that censorship, "The Picture of Dorian Gray" offended the moral sensibilities of British book reviewers, some of whom said that Oscar Wilde merited prosecution for violating the laws guarding the public morality. In response, Wilde aggressively defended his novel and art in correspondence with the British press.

Wilde revised and expanded the magazine edition of "The Picture of Dorian Gray" (1890) for publication as a novel; the book edition (1891) featured an aphoristic preface — an apologia about the art of the novel and the reader. The content, style, and presentation of the preface made it famous in its own literary right, as social and cultural criticism. In April 1891, the editorial house Ward, Lock and Company published the revised version of "The Picture of Dorian Gray".

The only novel written by Wilde, "The Picture of Dorian Gray" exists in two versions, the 1890 magazine edition and the 1891 book edition, the story he submitted for serial publication in "Lippincott's Monthly Magazine". As literature of the 19th century, "The Picture of Dorian Gray" is an example of Gothic fiction with strong themes interpreted from the legendary "Faust".

Oscar Fingal O'Flahertie Wills Wilde (16 October 1854 – 30 November 1900) was an Irish poet and playwright. After writing in different forms throughout the 1880s, he became one of London's most popular playwrights in the early 1890s. He is best remembered for his epigrams and plays, his novel "The Picture of Dorian Gray", and the circumstances of his imprisonment and early death. Wilde's parents were successful Anglo-Irish intellectuals in Dublin. Their son became fluent in French and German early in life. At university, Wilde read Greats; he proved himself to be an outstanding classicist, first at Dublin, then at Oxford. He became known for his involvement in the rising philosophy of aestheticism, led by two of his tutors, Walter Pater and John Ruskin.