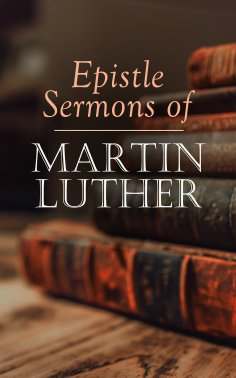 Epistle Sermons of Martin Luther are a great guide for studying the Epiphany, Easter, and Pentecost and provide an in depth look at each of these three portions of scripture. It also contains twenty-four practical sermons from Trinity Sunday to Advent. In these sermons, Luther hammered home the primacy of core Christian values such as love, patience, charity, and freedom, and reminded the citizens to trust God's word rather than violence to bring about necessary change