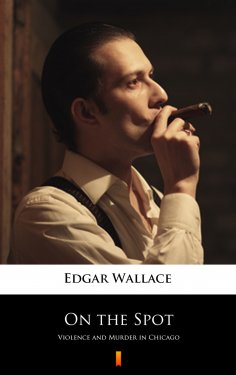 Set in Chicago, and written in 1931 by Edgar Wallace, „On the Spot” truly reflects the horror of gang life in Prohibition Chicago. Tony Perelli, the gang boss, recruits men for his gang and women for his bed with the same ruthlessness – and rapidly arranges for their disposal when they become a nuisance. But Minn Lee, the half-Chinese widow, is a little too much for him, and as she gradually learns the extent of his treachery, she plans a revenge... The constant threat of death, the interaction between cops and gangsters, love gone wrong, love gone right, loss of youth, bootlegging, prostitution... it’s all here and beautifully handled by Edgar Wallace.