The Death of the Moth & Other Essays 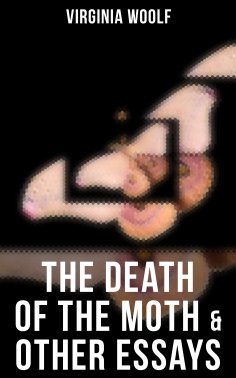 Musaicum Books presents to you this carefully created volume of "The Death of the Moth & Other Essays". This ebook has been designed and formatted to the highest digital standards and adjusted for readability on all devices.
CONTENTS:
The Death of the Moth Evening Over Sussex: Reflections in a Motor Car Three Pictures Old Mrs. Grey Street Haunting: A London Adventure Jones and Wilkinson "Twelfth Night" At the Old Vic Madame de Sévigné The Humane Art Two Antiquaries: Walpole and Cole The Rev William Cole The Historian and "The Gibbon" Reflections at Sheffield Place The Man at the Gate Sara Coleridge "Not One of Us" Henry James: 1. Within the Rim Henry James: 2. The Old Order Henry James: 3. The Letters of Henry James George Moore The Novels of E. M. Forster Middlebrow The Art of Biography Craftsmanship A Letter to a Young Poet Why? Professions for Women Thoughts on Peace in an Air Raid
Adeline Virginia Woolf (25 January 1882 – 28 March 1941) was an English writer who is considered one of the foremost modernists of the twentieth century and a pioneer in the use of stream of consciousness as a narrative device.