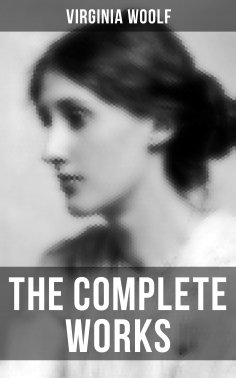 Musaicum Books presents to you this carefully created volume of "Virginia Woolf: The Complete Works". This ebook has been designed and formatted to the highest digital standards and adjusted for readability on all devices.
Adeline Virginia Woolf (25 January 1882 – 28 March 1941) was an English writer, and one of the foremost modernists of the twentieth century. During the interwar period, Woolf was a significant figure in London literary society and a central figure in the influential Bloomsbury Group of intellectuals.
Contents:
Content:
Novels:
The Voyage Out
Night and Day
Jacob's Room
Mrs Dalloway
To the Lighthouse
Orlando
The Waves
The Years
Between the Acts
The Common Reader: Second Series
Three Guineas
The Death of the Moth and Other Essays
The Moment and Other Essays...