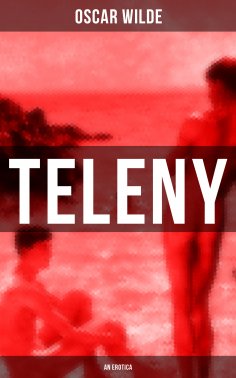 Teleny is an authorless and explicitly homoerotic novel often attributed to Oscar Wilde. It is an important antithesis to the prudish idealism of the neo-classic and neo-romantic lyric love poetry of the end of the century. It is a work of unmasking the cynical double moral standards of the Victorian era: The love of Camille and Teleny is shattered by social reprisals. The book was published in 1893 in 200 copies by Leonard Smithers who praised it as being "the most powerful and cleverly written erotic romance which has appeared in the English language" during that era". Oscar Wilde (1854 - 1900) is a central figure in aesthetic writing. Wilde was a poet, fiction writer, essayist and editor. Oscar Wilde is often seen as a homosexual icon although as many men of his day he was also a husband and father. Wilde's life ended at odds with Victorian morals that surrounded him. He died in exile.