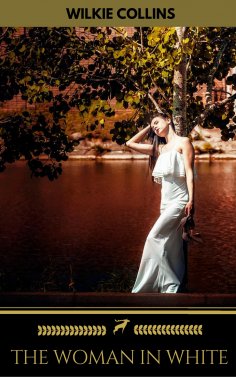 The Woman in White is an epistolary novel written by Wilkie Collins in 1859, serialized in 1859–1860, and first published in book form in 1860. It is considered to be among the first mystery novels and is widely regarded as one of the first (and finest) in the genre of 'sensation novels'.

As was customary at that time, The Woman in White was first published as a magazine serial. The first episode appeared on 29 November 1859, following Charles Dickens's own A Tale of Two Cities in Dickens's magazine All the Year Round in England, and Harper's Magazine in America. It caused an immediate sensation. Julian Symons (in his 1974 introduction to the Penguin edition) reports that "queues formed outside the offices to buy the next instalment. Bonnets, perfumes, waltzes and quadrilles were called by the book's title. Gladstone cancelled a theatre engagement to go on reading it. And Prince Albert sent a copy to Baron Stockmar."