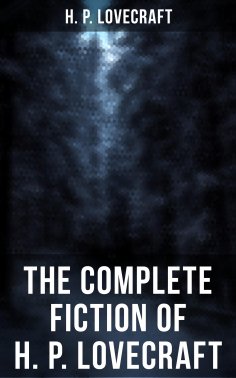 Musaicum Books presents to you this carefully created collection of Lovecraft's complete works. This ebook has been designed and formatted to the highest digital standards and adjusted for readability on all devices. H. P. Lovecraft (1890-1937) was an American author who achieved posthumous fame through his influential works of horror fiction. He is now regarded as one of the most significant 20th-century authors in his genre. Some of Lovecraft's work was inspired by his own nightmares. Table of Contents: Novel: The Case of Charles Dexter Ward Short Stories and Novellas: The Tomb Dagon A Reminiscence of Dr. Samuel Johnson Polaris Beyond the Wall of Sleep Memory Old Bugs The Transition of Juan Romero The White Ship The Doom that Came to Sarnath The Statement of Randolph Carter The Street The Terrible Old Man The Cats of Ulthar The Tree Celephaïs From Beyond The Temple Nyarlathotep The Picture in the House Facts concerning the Late Arthur Jermyn and His Family The Nameless City The Quest of Iranon The Moon-Bog Ex Oblivione The Other Gods The Outsider The Music of Erich Zann Sweet Ermengarde Hypnos What the Moon Brings Azathoth Herbert West-Reanimator The Hound The Lurking Fear The Rats in the Walls The Unnamable The Festival The Shunned House The Horror at Red Hook He In the Vault Cool Air The Call of Cthulhu Pickman's Model The Strange High House in the Mist The Silver Key The Dream-Quest of Unknown Kadath The Colour Out of Space The Descendant The Very Old Folk History of the Necronomicon The Dunwich Horror Ibid The Whisperer in Darkness At The Mountains Of Madness The Shadow over Innsmouth The Dreams in the Witch House The Thing on The Doorstep The Book The Evil Clergyman The Shadow Out of Time The Haunter of The Dark Juvenilia: The Alchemist The Beast in the Cave The Little Glass Bottle The Mysterious Ship The Mystery of the Grave-yard The Secret Cave