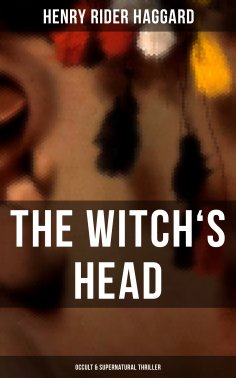 This eBook edition of "The Witch's Head" has been formatted to the highest digital standards and adjusted for readability on all devices. Sir Henry Rider Haggard (1856-1925) was an English writer of adventure novels and dark fantasy stories set in exotic locations, predominantly Africa, and a pioneer of the Lost World literary genre. "Ernest did not sleep well that night: the scene of the evening haunted his dreams, and he awoke with a sense of oppression that follows impartially on the heels of misfortune, folly, and lobster-salad. Nor did the broad light of the summer day disperse his sorrows; indeed, it only served to define them more clearly. Ernest was a very inexperienced youth, but, inexperienced as he was, he could not but recognise that he had let himself in for an awkward business." (Extract)