The Mystery of Mary Stuart 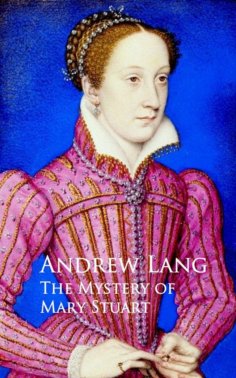 Mr. Carlyle not unjustly described the tragedy of Mary Stuart as but a personal incident in the true national History of Scotland. He asked for other and more essential things than these revelations of high life. Yet he himself wrote in great detail the story of the Diamond Necklace of Marie Antoinette. The diamonds of the French, the silver Casket of the Scottish Queen, with all that turned on them, are of real historical interest, for these trifles brought to the surface the characters and principles of men living in an age of religious revolution. Wells were sunk, as it were, deep into human personality, and the inner characteristics of the age leaped upwards into the light.
For this reason the Mystery of Mary Stuart must always fascinate: moreover, curiosity has never ceased to be aroused by this problem of Mary's guilt or innocence. Hume said, a hundred and fifty years ago, that the Scottish Jacobite who believed in the Queen's innocence was beyond the reach of reason or argument. Yet from America, Russia, France, and Germany we receive works in which the guilt of Mary is denied, and the arguments of Hume, Robertson, Laing, Mignet, and Froude are contested. Every inch of the ground has been inspected as if by detectives on the scene of a recent murder; and one might suppose that the Higher Criticism had uttered its last baseless conjecture and that every syllable of the fatal Casket Letters, the only external and documentary testimony to Mary's guilt, must have been weighed, tested, and analysed. But this, as we shall see, is hardly the fact. There are 'points as yet unseized by Germans.' Mary was never tried by a Court of Justice during her lifetime. Her cause has been in process of trial ever since.