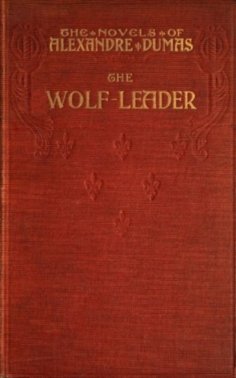 ALTHOUGH the introductory chapters were not signed until May 31st, 1856, The Wolf-Leader is to be associated in conception with the group of romances which Dumas wrote at Brussels between the years 1852 and 1854, that is to say, after his financial failure and the consequent defection of his collaborator Maquet, and before his return to Paris to found his journal Le Mousquetaire. Like Conscience l'Innocent and Catherine Blum, which date from that period of exile, the present story was inspired by reminiscences of our author's native place—Villers-Cotterets, in the department of the Aisne.
In The Wolf-Leader Dumas, however, allows his imagination and fancy full play. Using a legend told to him nearly half a century before, conjuring up the scenes of his boyhood, and calling into requisition his wonderful gift of improvisation, he contrives in the happiest way to weave a romance in which are combined a weird tale of diablerie and continual delightful glimpses of forest life. Terror, wood-craft, and humour could not be more felicitously intermingled. The reader, while kept under the spell of the main theme of the story, experiences all the charm of an open-air life in the great forest of Villers-Cotterets—the forest in which the little town seemed to occupy a small clearing, and into which the boy Alexandre occasionally escaped for days together from the irksome routine of the school or from the hands of relatives who wanted to make a priest of him.
Thus Dumas, the most impressionable of men, all his life remained grateful to the forest for the poetic fancies derived from its beauty and the mysteries of its recesses, as well as for the hiding-places it afforded him, and for the game and birds which he soon learnt to shoot and snare there. Listen to his indignation at the destruction of the trees in the neighbouring park. We quote from his Memoirs:—"That park, planted by François I., was cut down by Louis Philippe.