My Wife and I 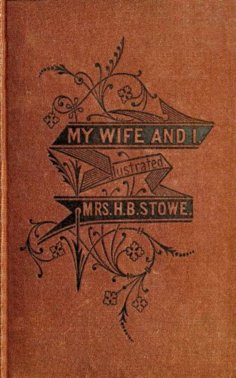 DURING the passage of this story through The Christian Union, it has been repeatedly taken for granted by the public press that certain of the characters are designed as portraits of really existing individuals.
They are not. The supposition has its rise in an imperfect consideration of the principles of dramatic composition. The novel-writer does not profess to paint portraits of any individual men and women in his personal acquaintance. Certain characters are required for the purposes of his story. He conceives and creates them, and they become to him real living beings, acting and speaking in ways of their own. But on the other hand, he is guided in this creation by his knowledge and experience of men and women, and studies individual instances and incidents only to assure himself of the possibility and probability of the character he creates. If he succeeds in making the character real and natural, people often are led to identify it with some individual of their acquaintance. A slight incident, an anecdote, a paragraph in a paper, often furnishes the foundation of such a character; and the work of drawing it is like the process by which Professor Agassiz from one bone reconstructs the whole form of an unknown fish. But to apply to any single living person such delineation is a mistake, and might be a great wrong both to the author and to the person designated.
For instance, it being the author's purpose to show the embarrassment of the young champion of progressive principles, in meeting the excesses of modern reformers, it came in her way to paint the picture of the modern emancipated young woman of advanced ideas and free behavior. And this character has been mistaken for the portrait of an individual, drawn from actual observation. On the contrary, it was not the author's intention to draw an individual, but simply to show the type of a class.