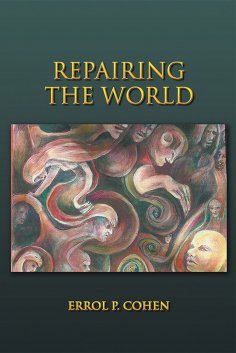 Ancient mysteries are used to foreshadow current day events in the thrilling novel Repairing the World. Two ancient organizations compete for age-old scrolls and treasures, including an amulet that offers a tantalizing glimpse at future scientific data. The richly drawn characters within the interwoven plots include a sadistic duo running an ancient brotherhood, two married college professors who make Indiana Jones look slow, a cadre of robber barons, three college students, a quantum physics whiz, a liberal priest, a pair of retired Israeli commandos, sociopaths, and an ultra-strong woman president. All are caught up in a competition spawning violence, international sabotage, dirty bombs, and political subterfuge at the highest levels. The plot is based on over 20 years of meticulous research, as the story cuts across the world from waterways in Jerusalem, to ancient tombs in Israel and France, a mega volcano at Yellowstone, and a White House shaking off the restraints of legislators who don’t seem bothered by moral priorities. A sequel is in the works.

Errol P. Cohen grew up in Shaker Heights, Ohio, and currently lives in the historic city of Savannah, Georgia. A real estate consultant, his first book was The Foreclosure Buyers Bible. "I’ve been a past facilitator of Corpus Hermeticum groups, a master mason, a three-decade student of Kabballah, and an ancient history devotee. I’ve written many business plans for corporations and new businesses. My life’s main interest is in provoking a conversation on how almost everyone can repair the world in some little way."