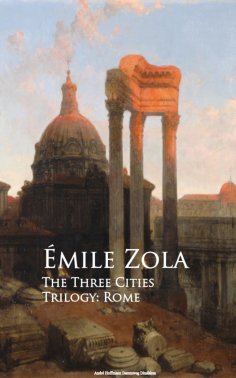 IN submitting to the English-speaking public this second volume of M. Zola's trilogy "Lourdes, Rome, Paris," I have no prefatory remarks to offer on behalf of the author, whose views on Rome, its past, present, and future, will be found fully expounded in the following pages. That a book of this character will, like its forerunner "Lourdes," provoke considerable controversy is certain, but comment or rejoinder may well be postponed until that controversy has arisen. At present then I only desire to say, that in spite of the great labour which I have bestowed on this translation, I am sensible of its shortcomings, and in a work of such length, such intricacy, and such a wide range of subject, it will not be surprising if some slips are discovered. Any errors which may be pointed out to me, however, shall be rectified in subsequent editions. I have given, I think, the whole essence of M. Zola's text; but he himself has admitted to me that he has now and again allowed his pen to run away with him, and thus whilst sacrificing nothing of his sense I have at times abbreviated his phraseology so as slightly to condense the book. I may add that there are no chapter headings in the original, and that the circumstances under which the translation was made did not permit me to supply any whilst it was passing through the press; however, as some indication of the contents of the book—which treats of many more things than are usually found in novels—may be a convenience to the reader, I have prepared a table briefly epitomising the chief features of each successive chapter.
E. A. V.