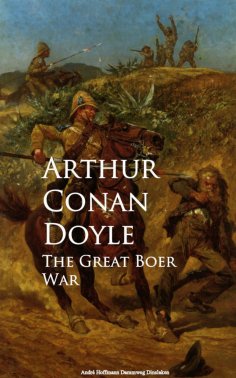 During the course of the war some sixteen Editions of this work have appeared, each of which was, I hope, a little more full and accurate than that which preceded it. I may fairly claim, however, that the absolute mistakes made have been few in number, and that I have never had occasion to reverse, and seldom to modify, the judgments which I have formed. In this final edition the early text has been carefully revised and all fresh available knowledge has been added within the limits of a single volume narrative. Of the various episodes in the latter half of the war it is impossible to say that the material is available for a complete and final chronicle. By the aid, however, of the official dispatches, of the newspapers, and of many private letters, I have done my best to give an intelligible and accurate account of the matter. The treatment may occasionally seem too brief but some proportion must be observed between the battles of 1899-1900 and the skirmishes of 1901-1902.
My private informants are so numerous that it would be hardly possible, even if it were desirable, that I should quote their names. Of the correspondents upon whose work I have drawn for my materials, I would acknowledge my obligations to Messrs. Burleigh, Nevinson, Battersby, Stuart, Amery, Atkins, Baillie, Kinneir, Churchill, James, Ralph, Barnes, Maxwell, Pearce, Hamilton, and others. Especially I would mention the gentleman who represented the 'Standard' in the last year of the war, whose accounts of Vlakfontein, Von Donop's Convoy, and Tweebosch were the only reliable ones which reached the public.
Arthur Conan Doyle, Undershaw, Hindhead: September 1902.