The Story of Peter Pan 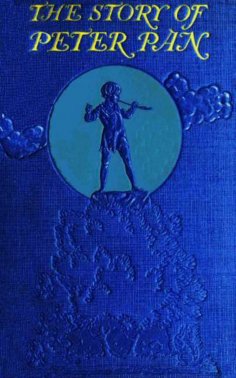 Sir J. M. Barrie's delightful creation, "Peter Pan," has by this time taken a secure place in the hearts of children of all ages, and there are few nurseries in the land in which Peter, Wendy, Tinker Bell, Captain Hook and his Pirates, the Mermaids and Redskins, and the exciting world in which they lived, are not as familiar as the most time-honoured lore of fairyland.

The popularity of Mr. Daniel O'Connor's version of the story, issued with Sir J. M. Barrie's kind consent, and illustrated so charmingly by Miss Alice B. Woodward, has induced the publishers to bring out the present re-issue at a lower price.

The selections of music which will be found in it are included with the permission of Mr. John Crook, the composer, and Messrs. Price and Reynolds.