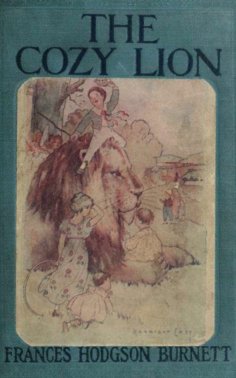 I shall never forget the scolding I gave him to begin with. One of the advantages of being a Fairy even quite a common one is that Lions can't bite you. A Fairy is too little and too light. If they snap at you it's easy to fly through their mouths, and even if they catch you, if you just get behind their teeth you can make them so uncomfortable that they will beg you to get out and leave them in peace.

Of course it was all the Lion's fault that I scolded him. Lions ought to live far away from people. Nobody likes Lions roaming about—particularly where there are children. But this Lion said he wanted to get into Society, and that he was very fond of children— little fat ones between three and four. So instead of living on a desert, or in a deep forest or a jungle he took the large Cave on the Huge Green Hill, only a few miles from a village full of the fattest, rosiest little children you ever saw.

He had only been living in the Cave a few days, but even in that short time the mothers and fathers had found out he was there, and everybody who could afford it had bought a gun and snatched it up even if they saw a donkey coming down the road, because they were afraid it might turn out to be a Lion. As for the mothers, they were nearly crazy with fright, and dare not let their children go out to play and had to shut them up in top rooms and cupboards and cellars, they were so afraid the Lion might be hiding behind trees to jump out at them. So everything was beginning to be quite spoiled because nobody could have any fun.

Of course if they had had any sense and believed in Fairies and had just gone out some moonlight night and all joined hands and danced slowly around in a circle and sung: