THE BLANKET OF THE DARK & Other Dark Mysteries (Unabridged) 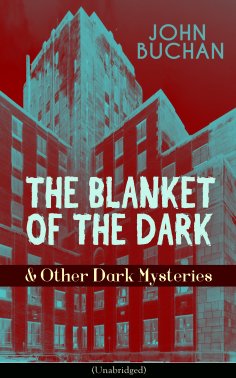 This carefully crafted ebook: "THE BLANKET OF THE DARK & Other Dark Mysteries (Unabridged)" is formatted for your eReader with a functional and detailed table of contents.
The Blanket of the Dark: "Uneasy lies the head that wears the crown" is a time-tested adage that suits Peter Pentecost, a young monk and legitimate claimant to England's Throne. But he is not alone as others are vying for power too. Soon a plot is hatched against the present King Henry VIII and Peter is sucked into the intrigue. . .
Witch Wood: Set in 17th century Scotland, David Sempill, a young parish minister must stop witchcraft practices and devil worship to protect his congregation at a great personal cost – his love.
The Free Fishers: Anthony Lammas is a Professor of Logic as well as member of a secret organisation. But fate has something else in store when he has to protect a damsel-in-distress from harm - good dose of action, romance and treason.
Midwinter: A young Jacobite falls in love against the backdrop of the 1740s Jacobite Rebellion, while the Bonnie Prince Charles wants his throne back and entrusts a secret mission to his faithful supporter.
John Buchan (1875-1940) was a Scottish novelist and historian and also served as Canada's Governor General. His 100 works include nearly thirty novels, seven collections of short stories and biographies. But, the most famous of his books were the adventure and spy thrillers and it is for these that he is now best remembered.