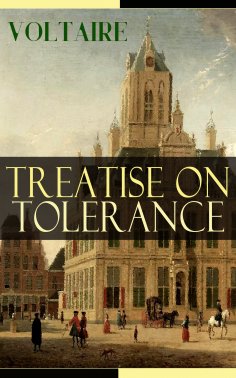 This carefully crafted ebook: "Treatise on Tolerance" is formatted for your eReader with a functional and detailed table of contents.
Treatise on Tolerance was Voltaire's first major philosophical work in his battle against the infamous. The text aims at the rehabilitation of Jean Calas, a Protestant falsely accused and executed for murdering his son to prevent his conversion to Catholicism. In his Treatise, Voltaire calls for tolerance between religions and targets religious fanaticism, especially that of the Jesuits (under whom Voltaire received his early education), indicting all superstitions surrounding religions.
François-Marie Arouet (1694-1778), known by his nom de plume Voltaire, was a French Enlightenment writer, historian, and philosopher famous for his wit, his attacks on the established Catholic Church, and his advocacy of freedom of religion, freedom of expression, and separation of church and state. As a satirical polemicist, he frequently made use of his works to criticize intolerance, religious dogma, and the French institutions of his day.