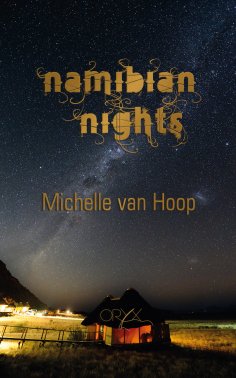 Years before, Vanessa and Kian had been together - in Germany. After a terrible lovers' quarrel, Kian returned to his homeland Namibia, without leaving a trace.
Vanessa, in spite of her deep regret, successfully builds her own business as a graphic designer. She has occasional relationships, but deep down the only man she has ever loved has been Kian - the big, blond, suntanned man from Namibia. She has long since given up hope of ever seeing him again.
But then, on the spur of the moment, she books a holiday in Namibia. Here she meets Kian again, but apparently as a married man - with a wife and children.
Fighting her own emotions, Vanessa tries to accept the facts as they are, but Namibian nights under the clear, starry skies of Africa have their own magic ...