The Works and Influence of Hesiod 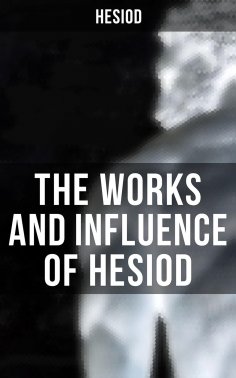 Hesiod is generally regarded as the first written poet in the Western tradition to regard himself as an individual persona with an active role to play in his subject. To these days three works have survived which were attributed to Hesiod by ancient commentators: Works and Days, Theogony, and Shield of Heracles. Only fragments exist of other works attributed to him.
The Theogony is commonly considered Hesiod's earliest work. It concerns the origins of the world (cosmogony) and of the gods (theogony), beginning with Chaos, Gaia, Tartarus and Eros, and shows a special interest in genealogy.
The Works and Days is a poem of over 800 lines which revolves around two general truths: labour is the universal lot of Man, but he who is willing to work will get by. This work lays out the five Ages of Man, as well as containing advice and wisdom, prescribing a life of honest labour and attacking idleness and unjust judges as well as the practice of usury.
The subject of The Shield of Heracles is the expedition of Heracles and Iolaus against Cycnus, the son of Ares, who challenged Heracles to combat as Heracles was passing through Thessaly.
Contents:
Hesiod's Works and Days
The Divination by Birds
The Astronomy
The Precepts of Chiron
The Great Works
The Idaean Dactyls
The Theogony
The Catalogues of Women and Eoiae
The Shield of Heracles
The Marriage of Ceyx
The Great Eoiae
The Melampodia
The Aegimius
Fragments of Unknown Position
Doubtful Fragments