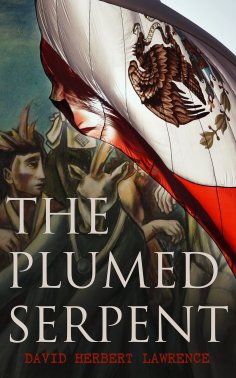 The Plumed Serpent is a 1926 political novel by D. H. Lawrence. The novel reflects his experiences in Mexico in 1923. The story tells about Kate Leslie, an Irish tourist who visits Mexico after the Mexican Revolution. There, he gets acquainted with Don Cipriano, a Mexican general who supports the Men of Quetzalcoatl, a religious movement. Both characters are driven into dangerous adventures, political turmoil and a romantic affair.

David Herbert Lawrence (1885 – 1930) was an English novelist and poet. He was most famous for the novels Sons and Lovers, The Rainbow, Women in Love, and Lady Chatterley's Lover. In his works he raised the topics of dehumanizing effects of modernity and industrialization. He also explored such issues as sexuality, emotional health, vitality, spontaneity, and instinct. The works and topics he worked with were coming ahead of their time which often bought Lawrence to official persecution, censorship, and misrepresentation of his creative work throughout the second half of his life, much of which he spent in a voluntary exile. The meaning of his works and worldwide acclaim came only after his death.