The Complete Sylvie and Bruno Stories With Their Original Illustrations 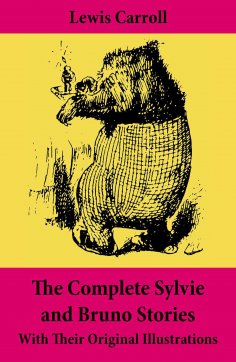 This carefully crafted ebook: "The Complete Sylvie and Bruno Stories With Their Original Illustrations" is formatted for your eReader with a functional and detailed table of contents. Table of Contents: Sylvie and Bruno Sylvie and Bruno Concluded Bruno's Revenge and Other Stories Sylvie and Bruno is a novel for children by Lewis Carroll published in 1889. The work evolved from his short story "Bruno's Revenge," published in 1867 in Aunt Judy's Magazine. With its sequel, Sylvie and Bruno Concluded (1893), it was his final work for children. The novel has two main plots; one set in the real world at the time the book was published (the Victorian era), the other in the fictional world of Fairyland. While the latter plot is a fairytale with many nonsense elements and poems, similar to Carroll's most famous children's book Alice's Adventures in Wonderland, the story set in Victorian Britain is a social novel. The French philosopher Gilles Deleuze termed Sylvie and Bruno "a masterpiece which shows entirely new techniques compared to Alice and Through the Looking-Glass." Charles Lutwidge Dodgson better known by the pseudonym Lewis Carroll (1832 – 1898), was an English author, mathematician, logician, Anglican deacon and photographer.