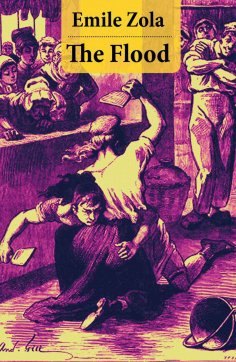 This carefully crafted ebook: "The Flood (Unabridged)" is formatted for your eReader with a functional and detailed table of contents. Originally titled "L'Inondation ", The Flood is an 1880 novella by Émile Zola. Set in the village of Saint-Jory, several miles up the Garonne from Toulouse. It is the story of a family tragedy, told by its patriarch, seventy-year-old Louis Roubien. On a beautiful May day, the Garonne floods, washing away all the bridges; ruining nearly two thousand houses; drowning hundreds; and leaving twenty thousand starving to death. The novella describes the immediate impact this flood has on one household. Émile Zola (1840 – 1902), French novelist, critic, and political activist who was the most prominent French novelist of the late 19th century. He was noted for his theories of naturalism, which underlie his monumental 20-novel series Les Rougon-Macquart, and for his intervention in the Dreyfus Affair through his famous open letter, "J'accuse."