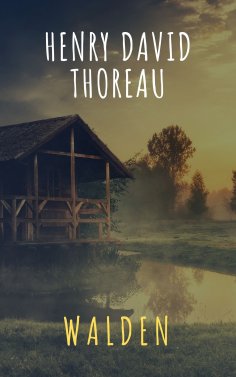 Walden (also known as Life in the Woods) by Henry David Thoreau is one of the best-known non-fiction books written by an American. Published in 1854, it details Thoreau's life for two years and two months in second-growth forest around the shores of Walden Pond, not far from his friends and family in Concord, Massachusetts. Walden was written so that the stay appears to be a year, with expressed seasonal divisions. Thoreau called it an experiment in simple living.

Walden is neither a novel nor a true autobiography, but a social critique of the Western World, with each chapter heralding some aspect of humanity that needed to be either renounced or praised. The work is part personal declaration of independence, social experiment, voyage of spiritual discovery, and manual for self reliance. (from Wikipedia)