The House of the Seven Gables 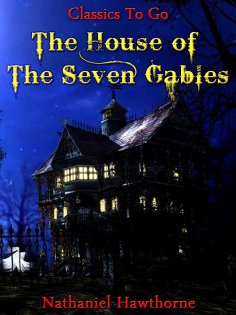 The novel is set in the mid-19th century, although it includes glimpses into the history of the house, which was built in the late 17th century. The house of the title is a gloomy New England mansion, haunted since its construction by fraudulent dealings, accusations of witchcraft, and sudden death. The current resident, the dignified but desperately poor Hepzibah Pyncheon, opens a shop in a side room to support her brother Clifford, who is about to leave prison after serving thirty years for murder. She refuses all assistance from her wealthy but unpleasant cousin, Judge Jaffrey Pyncheon. A distant relative, the lively and pretty young Phoebe, turns up and quickly becomes invaluable, charming customers and rousing Clifford from depression. A delicate romance grows between Phoebe and the mysterious attic lodger Holgrave, who is writing a history of the Pyncheon family. Phoebe returns to her country home for a brief visit, but plans to return soon. Just before she leaves, Clifford stands at the large arched window above the stairs and has a sudden urge to jump upon viewing the mass of humanity passing before him and thinking of his youth lost to prison. This incident, coupled with Phoebe's departure — she was the only happy and beautiful thing in the home for the depressed Clifford to dwell on — sends him into a bed-ridden state. Judge Pyncheon arrives at the house one day and threatens to have Clifford committed to an insane asylum if he does not disclose information regarding mystical "eastern lands" of Maine that the family is rumored to own, the deed to which has been lost. Before Clifford can be brought before the Judge (which, it is implied, would completely destroy Clifford's sanity), the Judge mysteriously dies while sitting in the same chair that a past Pyncheon – the man who stole the land on which the house is built from a settler named Maule – had died in. Hepzibah and Clifford escape on a train (then a very new form of transport) after the Judge dies. The townsfolk murmur about their sudden disappearance, and, upon Phoebe's return, the Judge's body is discovered. To Phoebe's relief, Hepzibah and Clifford return shortly, to Phoebe's relief. Events from past and present throw light on the circumstances which sent Clifford to prison, proving his innocence. Holgrave is discovered to be a descendant of Maule but bears the Pyncheon family no ill will, mostly due to his feelings for Phoebe. The romance ends with the characters leaving the old house to start a new life, free of the burdens of the past.
(Excerpt from Wikipedia)