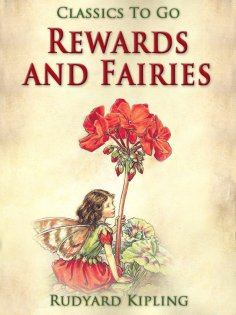 Joseph Rudyard Kipling, born 30 December 1865 – 18 January 1936 was an English short-story writer, poet, and novelist. He wrote tales and poems of British soldiers in India and stories for children. He was born in Bombay, in the Bombay Presidency of British India, and was taken by his family to England when he was five years old. “Rewards and Fairies” is a historical fantasy book by Rudyard Kipling published in 1910. The book consists of a series of short stories set in historical times with a linking contemporary narrative. Dan and Una are two children, living in the Weald of Sussex in the area of Kipling's own home Bateman's. They have encountered Puck and he magically conjures up real and fictional individuals from Sussex's past to tell the children some aspect of its history and prehistory, though the episodes are not always historically accurate. Another recurring character is Old Hobden who represents the continuity of the inhabitants of the land. His ancestors sometimes appear in the stories and seem very much like him. Some stories contain elements of the supernatural as well as history. (Excerpt from Wikipedia)