What's Bred in the Bone 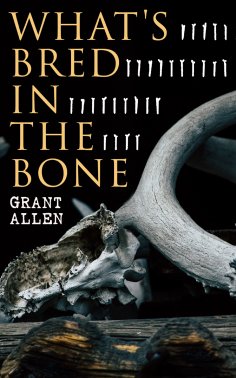 On her mother's side, Elma Clifford, a heroine, comes from a long line of gypsies. She is a clairvoyance who does a wild dancing act with a dangerous feather boa. Following her adventures, while on the exile to the diamond mines of South Africa, we run into identical twins of mysterious parentage, a murderous judge, bad people with secrets from the past and many other perils that follow the snake charmer.

Grant Allen (1848-1899) was a Canadian science writer and novelist, educated in England. He was a public promoter of evolution in the second half of the nineteenth century. Despite being the son of a minister, Allen was an atheist and a socialist. Allen is considered as one of pioneers in science fiction, and an innovator in the genre of detective fiction.