The Life of Walt Whitman in His Own Words 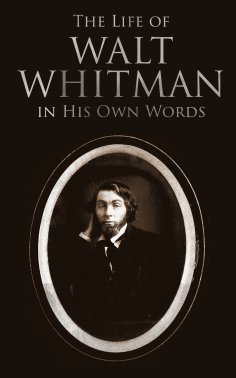 Specimen Days is a series of diary entries about Whitman's life, from his boyhood days at Rockaway Beach, to his nursing days in Washington D.C during the Civil War, and finally to his time in Camden New Jersey. His account of the Civil War Hospitals is painful to read, but his kindness and ministrations to the wounded soldiers (writing them letters home and giving them horehound candy) are really touching. He estimated that visited between 80,000 and 100,000 young men. My great grandfather was in one of those hospitals, so I like to think that Walt stopped by to give him some candy and talk. After the war, Whitman came down with an illness and was partially paralyzed. He moved to Camden and spent his afternoons outside in nature. He attributes his rebound in health to this time and wrote many essays about the outdoors and the nature around him.

Walt Whitman (1819-1892) was an American poet, essayist, and journalist. A humanist, he was a part of the transition between transcendentalism and realism, incorporating both views in his works. Whitman is among the most influential poets in the American canon, often called the father of free verse. His work was controversial in its time, particularly his poetry collection Leaves of Grass. Whitman's work breaks the boundaries of poetic form and is generally prose-like. He is often labeled as the father of free verse.