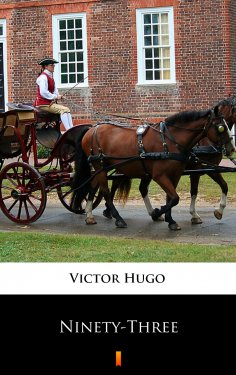 The historical novel of the famous and my beloved French writer, a fiery patriot of his homeland, a convinced democrat and great humanist. Hugo, in his novel, imbued with the spirit of freedom and humanity, shows the greatness of the revolutionary coup of the end of the 18th century, the fearlessness and heroism of the French revolutionary people, who staunchly defended their homeland from counter-revolutionary rebels and from foreign interventionists. Glorifying the courage of the French revolutionaries of the late 18th century, their patriotic devotion.