The Best of Byron 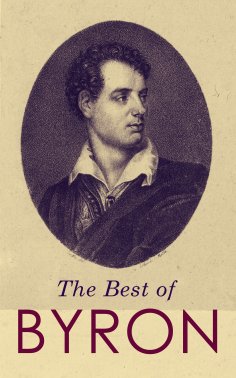 e-artnow presents to you this unique collection of the greatest works written by Lord Byron. This carefully crafted and meticulously edited collection is formatted for your eReader with a functional and detailed table of contents:
Hours of Idleness:
To George, Earl Delawarr
Damœtas
To Marion
Oscar of Alva
Translation from Anacreon
From Anacreon
The Episode of Nisus and Euryalus
Translation from the Medea of Euripides
Lachin y Gair
To Romance
The Death of Calmar and Orla
To Edward Noel Long, Esq
To a Lady
English Bards and Scotch Reviewers
The Giaour: A Fragment of a Turkish Tale
The Bride of Abydos: A Turkish Tale
The Corsair: A Tale
Lara
Hebrew Melodies:
She walks in Beauty
The Harp the Monarch Minstrel swept
If that High World
The Wild Gazelle
Oh! weep for those
On Jordan's Banks
Jeptha's Daughter
Oh! snatched away in Beauty's Bloom
My Soul is Dark
I saw thee weep
Thy Days are done
Saul
Song of Saul before his Last Battle
"All is Vanity, saith the Preacher"
When Coldness wraps this Suffering Clay
Vision of Belshazzar
Sun of the Sleepless!
Were my Bosom as False as thou deem'st it to be
Herod's Lament for Mariamne
On the Day of the Destruction of Jerusalem by Titus
By the Rivers of Babylon we sat down and wept
"By the Waters of Babylon"
The Destruction of Sennacherib
A Spirit passed before me
The Siege of Corinth
Parisina
The Prisoner of Chillon
The Dream
Darkness
Prometheus
Manfred: A Dramatic Poem
The Lament of Tasso
Beppo: A Venetian Story
Childe Harold's Pilgrimage
Don Juan
Mazeppa
The Prophecy of Dante
Marino Faliero
The Vision of Judgment
Sardanapalus: A Tragedy
The Two Foscari: An Historical Tragedy
Cain: A Mystery
Heaven and Earth; A Mystery
Werner; or, The Inheritance: A Tragedy
The Deformed Transformed: A Drama
The Age of Bronze; or, Carmen Seculare et Annus haud Mirabilis
The Island; or, Christian and his Comrades
Biographies:
Byron by John Nichol
The Life of Lord Byron by John Galt