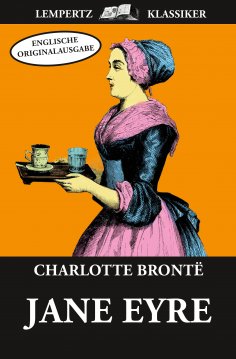 The early life of Jane Eyre, an orphan, takes her from the loveless home of the Reeds to Lowood, a charity school where she is first pupil and the teacher, before she moves to a position as governess at Thornfield Hall. The master of the house, Edward Fairfax Rochester, is a firm, swarthy and engaging man, and by the time he asks Jane, in his own teasing fashion, to be his wife, she knows she will accept him. But there is an impediment to their marriage, and when it is revealed on their wedding day it sends Jane fleeing into the unknown, and further trials on her redoubtable character. Jane Eyre was an immediate success when it was published in 1847, and the dramatic story, centred upon a young woman of impressive independence and integrity of spirit, has assured it a place as one of the most enduringly popular novels in the language.

Charlotte Bronte was born in 1816 at Thornton in Yorkshire, and spent much of her life in the small moorland town of Haworth. Work as a teacher and governess took her as far afield as Brussels, but Haworth and her intimacy with her sisters Emily and Anne remained the centre of her life until their deaths, and that of her brother Branwell, in 1848 and 1849. She died in 1855.