The Countess of Charny 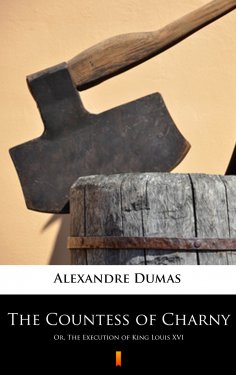 This swashbuckling yarn is the continuation of the story in „Memoirs of a physician,” „The Queen’s necklace,” and „Six Years Later”. „The Countess of Charny or, The Execution of King Louis XVI” is the seventh in Dumas’ series on the retelling of the French Revolution. Known as one of the important early figures in the burgeoning genre of historical fiction, Alexandre Dumas spent much of his life chronicling the social and political unrest that utterly transformed France – and by extension, the rest of the world -- in the eighteenth century. This sweeping epic focuses on several parallel plot lines, all leading up to the death by beheading of the king in 1793, marking him with the dubious distinction of being the only French king to be executed. Highly recommended for fans of Dumas’s historical work, and is not to be missed by the discerning collector.